My New York loyalty, French education and Mediterranean pride, as well as a very busy summer move-logistics schedule upon my arrival to London almost a year ago, made me quite resistant to an instant British infatuation… Initially, I didn’t find that there was anything particularly unique or novel that I had not enjoyed or experienced in a prior place I lived in or travel to… but what I didn’t realize is that London had a lot of what I actually loved or enjoyed in one place and mixed in a harmonious way that made me feel increasingly at home. I gradually realized that London is brilliant in how it seamlessly mixes between the urban feel of a major city and a quaint calm village-y vibe in certain parts – all within minutes of each other. As the sun made its way back to this island and as I started to increasingly trust my nanny, I had the chance to discover more hidden gems both in my neighborhood / Chelsea (which offers lovely birds singing in the morning, cherry blossom filled streets, Camelias, a crazy squirrel that hangs on the edge of my garden’s tree branches and amazing “bespoke” shopping…) and beyond. This past bank holiday weekend was particularly inspiring, as I had the chance to enjoy a lovely tea time with friends in Mayfair, explored the Wallace Collection and the icing of this culinary and visual treat was spending a day in Cliveden – a gorgeous estate at Taplow, Berkshire set near the River Thames, which includes a mansion that was previously home to an earl, three countesses, two dukes, a Prince of Wales and the Viscounts Astor! Cliveden was described in a journal entry by Queen Victoria with the following spot-on words: “it’s a perfection of a place,…the view is so beautiful”. Thanks to a Relais & Châteaux hotel now operating the mansion and the National Trust’s amazing work maintaining the estate, one can truly relive this estate’s prior glory and create a fairytale getaway just 40 minutes from south west London! My daughter kept on asking me if a princess actually lives in the mansion and at one point an employee of the estate overheard her and came up and told us that the latest Cinderella movie was filmed in part on the estate! However it was only when he pointed to the clock and confirmed that it was the clock used in Cinderella that he truly succeeded in capturing both her (and my!) imagination… each hour the clock bells rang to signal the time, my daughter’s eyes would open widely and a smile would instantly appear on her face as she relished in her British Cinderella moment… a magical moment that caught me off guard every single time and filled me with an instant rush of childhood dreams and motherly joy… 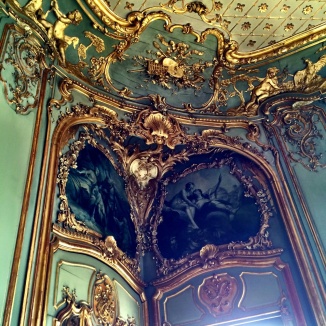 They didn’t go for white walls… 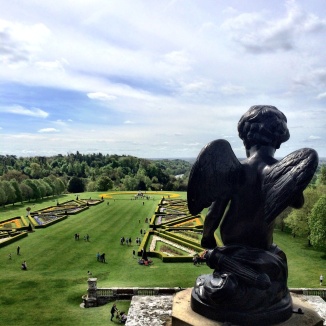 The clock featured in Cinderella 2015 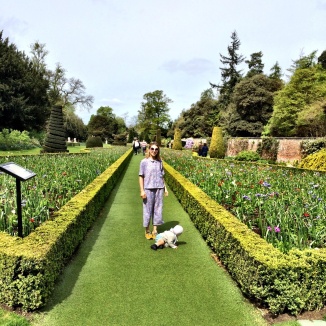 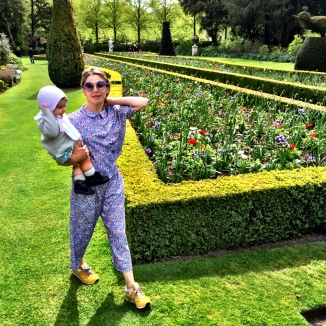 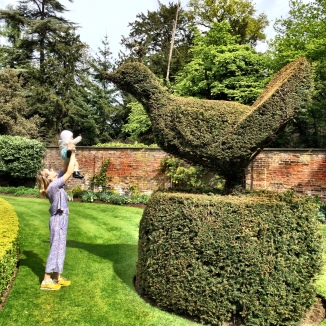 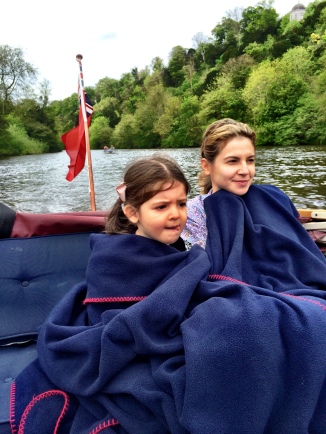 In the Colorful Woods

In the past few days London has been blooming with the most exquisite of Springs and unseasonably great weather has made it possible for me to take it all in and get inspired… so much so, that I opted to organize my second daughter’s 1st birthday as a picnic birthday in Hyde Park. Everything went to plan… except → see the left chair in the penultimate picture… 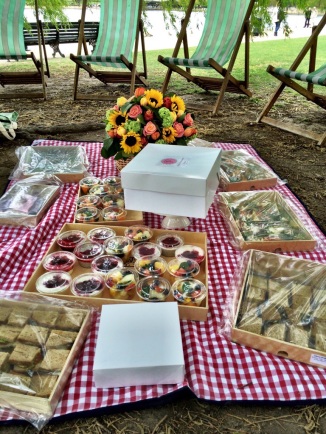 🌀 So today ultimately felt like a battle between my relentless desire to get the sunny season really started and the weather reminding me that it’s still April in London and that there are no weather guarantees around here! (a.k.a chill (literally) ! we’re not in the Mediterranean!)… I’ll call it a tie! 😉

I got back a week ago from a trip to Dubai’s Palm Islands and we’ve been blessed with unseasonably warm weather in London so I didn’t quite get a chance to miss Dubai’s sunny charm… until this morning! Headed out early with the kids for breakfast and a familiar windy & cold London combo enrobed our walk… the city is blossoming however (see last pic) so we still decided to walk… Nevertheless, as soon as I got to the resto I took refuge in my iPhone’s Dubai snaps for some warmth!